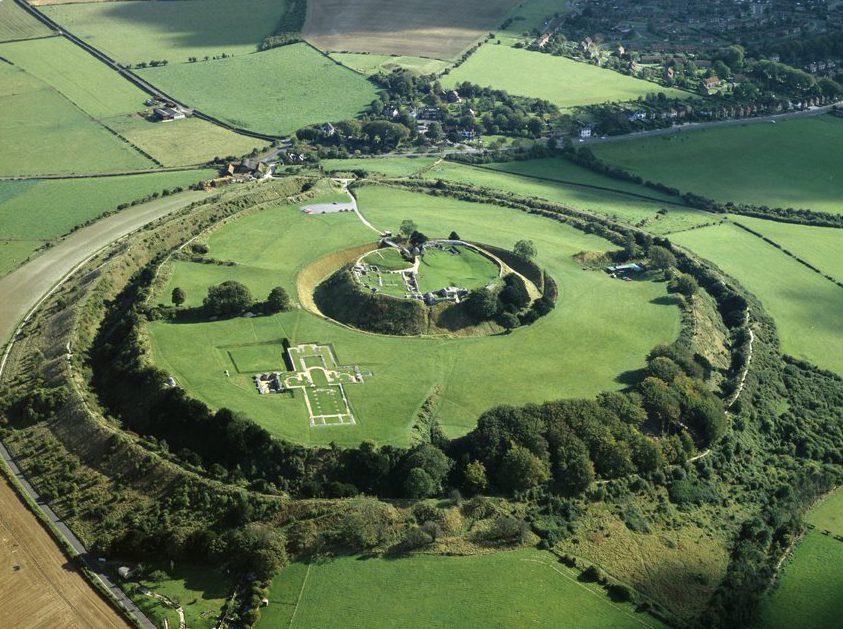 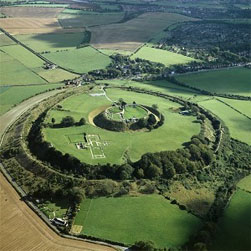 It is a massive Iron Age hill fort served by Roman roads and containing ruins that include  a Norman castle, a royal residence, an 11th century cathedral, a bishops palace and even a secret tunnel. The Saxons  were victorious, in 552 AD,  in  a great battle here that led to the creation of the ancient kingdom of Wessex.  After 1066  William the Conqueror had rapidly appreciated the strategic value of Old Sarum and adapted the ancient hill fort to contain mighty fortifications. Even though its defences  had proved impregnable it was abandoned without a fight during the 13th century when a new town and cathedral was built two miles away in the valley. And  yet its owners, over hundreds of years, continued to elect two members of Parliament for a deserted hill.  In the 19th century it ceased being a “Rotten Borough” after one of one England’s greatest  constitutional upheavals in 1832. Its evocative ancient ramparts and historic remains have formed the backdrop to many significant events in our island’s history from the presentation of Domesday Book to the defence of the realm in World War 11.

Just outside the ramparts is a stone memorial to the origin of the Ordnance Survey that began in a field at Old Sarum.

What did the Romans use Old Sarum for?

Why did William the Conqueror use the Salisbury Oath at Old Sarum?

Where & What was the Parliament Tree?

Your Blue Badge Guide will examine these questions (among many others), in the context of the monument’s dramatic 2500 year old story, during the 90 minute tour.